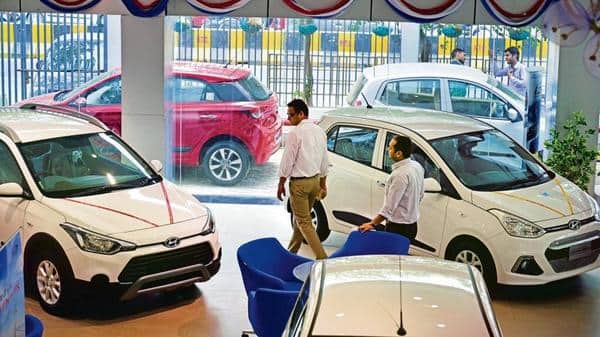 “Consumer sentiments remain sheepish, which continue to weigh on demand for discretionary items like cars,” said Ashish Modani, vice president and co-head of corporate ratings at Icra Ltd. “Moreover, inventory rationalization at PV dealerships has taken a toll on wholesale dispatches.” He said “wholesale dispatches are likely to remain weak for the next 1-2 months and we expect some signs of recovery from the festive season” that starts in August.

Vehicle sales in India are counted as factory dispatches, or wholesales.

In June, total domestic sales of automobiles fell 12.3% to more than 1.99 million units as all the segments, barring three-wheelers, posted a double-digit drop in sales.

Weak retail sales led companies such as Maruti Suzuki, Mahindra and Mahindra Ltd and Tata Motors Ltd to temporarily shut factories to correct mounting stocks at their dealerships. Some dealers were forced to shut shop as customers stayed away. Data compiled by the Federation of Automobile Dealers Associations showed that 64 dealerships have closed down operations in the Greater Mumbai area alone in the last year-and-a-half, 61 of them associated with passenger vehicles.

According to Siam, the passenger vehicle segment recorded its worst performance in five years in 2018-19, with sales growing 2.7%.

Siam president Rajan Wadhera said the auto industry has not witnessed such a sharp drop in sales in the past decade. He said the industry is hoping for a recovery in the months ahead, with the arrival of festivals and an improvement in the availability of loans. “The automakers are in a situation where their cost is more than the revenue,” he said.

Automobile sales have been hit by the tightening of credit norms by banks after a liquidity crisis was triggered due to payment defaults by Infrastructure Leasing and Financial Services Ltd. Uncertainty during the recent elections, an overall slowdown in economic activity and drought in some states added to the woes of automakers. The economic slowdown is reflected in GDP growth falling below 6% in the March quarter, while factory output entered negative territory in March after 21 months.

This is reflected in the sales of commercial vehicles—considered a barometer of economic growth—which declined 12.3% to 70,771 units in June due to the revised truck axle norms and lack of financing options from non-bank lenders for truck fleet owners.